FANTASTIC FRIDAY: The Knights of Crystallia by Brandon Sanderson 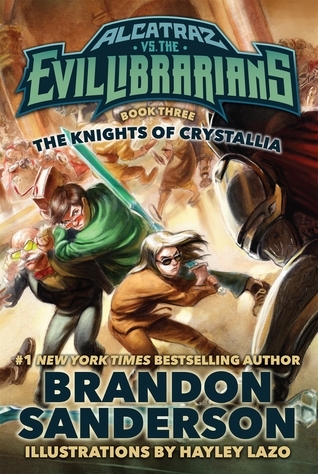 THE KNIGHTS OF CRYSTALLIA
Alcatraz vs. the Evil Librarians #3
by Brandon Sanderson, illustrations by Hayley Lazo
Starscape, 2016 (reprint)
ISBN: 978-0-7653-7898-9
Middle Grade Speculative (Fantasy)
Ages 9-12
Source: publisher for review
All opinions expressed are solely my own.

The Knights of Crystallia is the third action-packed fantasy adventure in the Alcatraz vs. the Evil Librarians series for young readers by the #1 New York Times bestselling author Brandon Sanderson. These fast-paced and funny novels are now available in deluxe hardcover editions illustrated by Hayley Lazo.

In this third Alcatraz adventure, Alcatraz Smedry has made it to the Free Kingdoms at last. Unfortunately, so have the evil Librarians--including his mother! Now Alcatraz has to find a traitor among the Knights of Crystallia, make up with his estranged father, and save one of the last bastions of the Free Kingdoms from the Evil Librarians.

Brandon Sanderson has created a rather unique speculative fiction/fantasy series with Alcatraz vs. the Evil Librarians.  In this third book, Alcatraz finally makes it to his home continent of Nalhalla.  But once again things go wrong from the get go with the glass bird he is flying ON (he's standing on the outside of it) explodes and he nearly dies again with his Grandpa Smedry.  But that's not much of a surprise.  What is a surprise to Alcatraz is how famous he and his family are in Nalhalla and the Free Kingdoms.  Not only does his family live in a big, black castle, but his family gave up its kingdom years ago.  Every where Alcatraz goes in the city brings him the kind of attention he's never had and it goes to his head a bit, until his Grandfather brings him back to earth.  But Alcatraz's problems haven't gone away just because he's home.  His friend Bastille is in major trouble with the Knights of Crystallia for losing her sword and failing to protect Grandpa Smedry.  Alcatraz still wonders if there is something more behind this, like a conspiracy.  In addition, the Free Kingdoms are getting ready to sign a treaty with the Librarians that would give up the country of Mokia, something he and his family don't believe should be done.

With his typical sidetracking and vague references to upcoming events, Alcatraz tells his story with plenty of snark and strange ideas.  Not only is the book an entertaining read, but it surprisingly also shares various ideas about writing and being an author.  Sanderson has created an amusing while still compelling book series.  Alcatraz's ongoing comments about his 'cowardice' and failures has kept me reading, wanting to know what happened that led him to refer to himself this way.  So far, up until this point in this book, Alcatraz's weaknesses and failures haven't stopped him from saving and helping those he has grown to care about.  But he does keep foreshadowing climactic events that are coming that will change everything.  This tactic by the author carries the series forward as the reader wants to know exactly what is going to happen. 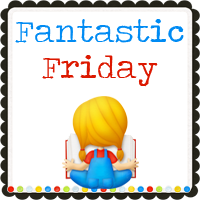