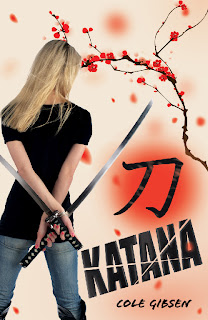 
Kill Bill meets Buffy in this supernatural samurai taleRileigh Martin would love to believe that adrenaline gave her the uncanny courage and strength to fend off three muggers. But it doesn't explain her dreams of fifteenth century Japan, the incredible fighting skills she suddenly possesses, or the strange voice giving her battle tips and danger warnings. While worrying that she's going crazy (always a reputation ruiner), Rileigh gets a visit from Kim, a handsome martial arts instructor, who tells Rileigh she's harboring the spirit of a five-hundred-year-old samurai warrior.

Relentlessly attacked by ninjas, Rileigh has no choice but to master the katana--a deadly Japanese sword that's also the key to her past. As the spirit grows stronger and her feelings for Kim intensify, Rileigh is torn between continuing as the girl she's always been and embracing the warrior inside her.

"This action-packed novel has a unique and compelling plot...Fans of Carrie Asai's Samurai Girl series will be particularly interested, but even readers who dislike supernatural story lines will enjoy this tale of modern samurais." 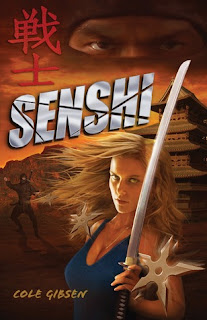 Is Rileigh’s only hope for salvation to team up with her sworn enemy?
Rileigh Martin just wants to do normal teenage things, like go on romantic dates with Kim, her boyfriend and past life soul mate.

Although that seems impossible when she’s the reincarnation of Senshi, a fifteenth century samurai warrior. After a ninja ambush leaves her unable to control her ki powers, Rileigh vows to get them under control before her friends lose more than their eyebrows. But when Kim leaves her for his past life betrothed and the other samurai stop talking to her, Rileigh realizes she doesn’t have any friends left to worry about.

As the ninja attacks increase, Rileigh learns that the reincarnated kunoichi, a powerful female ninja, wants to kill her in order to reclaim her destructive powers. Alone and with increasingly unstable powers, Rileigh’s only offer of help comes from Whitley, her sworn past life enemy. Rileigh knows she doesn’t stand a chance against the kunoichi by herself, but Whitley’s sudden allegiance might be hiding a much deadlier agenda.

When Cole Gibsen isn't writing books for young adults, she can be found rocking out with her band, sewing crazy costumes for the fun of it, picking off her nail polish, or drinking milk straight from the jug -- provided no one is looking.