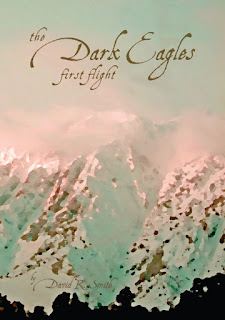 Kief loves exploring the rugged mountains on his horse, Natch, with his best friend Tarc.  But when he receives a mysterious map on his birthday, left behind for him by his dead grandfather, Kief is thrown into an adventure beyond even his imagination.

Leaving home to pursue his childhood dream of attending the merchant academy on the coast, extraordinary events unfold propelling Kief, along with his friends and his map, toward the same perilous destiny.

“The book was wonderfully written. It is a book for all ages and genders. Boys may like that it is from a young man's point of view with all the adventure. I enjoyed the character development and the friendships formed from the adversity they faced.”

“Author David R. Smith does a ﬁne job with his dialogue, which ﬂows smoothly and wittily throughout. His interactions between characters are genuine, and the portrayals of his young female characters in particular are refreshing.” 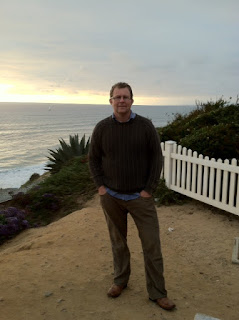 
David was born in Salt Lake City, Utah and spent most of his childhood on a farm in Heber City, located in the Wasatch Mountains. He loved exploring the mountains on his horse looking for adventures to follow.

Growing up, he wanted to be a movie director and used his own Super 8 camera to make silent movies with his friends and brothers and sister. Instead he earned a Bachelors in Engineering at the University of Utah. While there, he met
the love of his life, Jenelle, and they were blessed with three
amazing sons: Josh, Tate, and Porter.

David later earned his Masters in Business Administration from Northwestern University and pursued a path in the corporate world. But his creative side continued to tug at him for years until finally through the encouragement of his wife and boys, he realized that it’s never too late to follow your dream. So David set off to write an epic adventure of a boy and his horse and created a story of freedom, adventure, love, courage and sacrifice. When he's not writing, David enjoys outdoor activities with his family, and especially loves surfing with his three boys in Southern California where he resides.

Interesting characters? Check. Great setting? Check. Fun plot? Check. I have to say that I really liked Kief.  His enthusiasm and zest for life made me smile as I read and I had to roll my eyes and grin at his enthusiasm for exploring the world around him.  His friends, Tarc and Patin provided a nice contrast personality wise while still feeling realistic and multi-dimensional.

I appreciated how the book started with some action and then gradually filled in the blanks with descriptions and explanations of the people and places mentioned.  I found the inclusion of the dark eagles fascinating. I loved the mountain setting and eagerly followed Kief and Tarc on their explorations. I was more than willing to let Kief jump off the bridge with his parachute alone however.

Like most coming-of-age stories, Kief and his friends are forced to face the ugliness of the real world and find their place in it.  With the help of his friends and some surprising twists and turns, Kief must decide what is most important to him and what he is willing to sacrifice to keep it.

The only problem I had with the book was the setting. This story takes place on a planet called Fundautum and it is clear the author spent a great deal of time developing this setting, he even takes the time to lay out the differences between Fundautum and Earth at the end of the book.  But it sure felt like life on earth most of the time. Also, some of the technology seemed a bit out of place, trains, combustion engines, etc.  But these were minor issues and didn't detract from my overall enjoyment of the book. I also really appreciated the maps, these helped me understand the different places in the story.

Overall, an entertaining and well-written book, great for readers who enjoy a good fantasy with strong realistic elements. Recommended.