LUG, DAWN OF THE ICE AGE
How One Small Boy Saved Our Big, Dumb Species
by David Zeltser
Egmont, 2014
ISBN: 9781606845134
Middle Grade Humor
Grades 3-5
Source: publisher for review
All opinions expressed are solely my own. 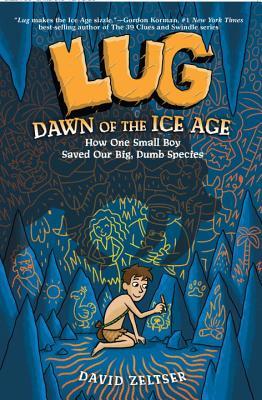 Lug is a caveboy who would rather paint than club other caveboys. The clan even mocks him, calling him "Little Slug." Like all the other caveboys, Lug must enter the contest to become the clan's next Big Man and attempt to catch the Biggest Beast--even though he would much rather spend his days painting in his secret art cave. When Lug is banished for failing to catch a jungle llama, he thinks he is alone in the world but finds others who believe in him: his clanmate Stony and a new friend, Echo, a girl from a rival clan who can talk to animals and just may be prehistory's first vegetarian/animal rights activist. Together they face even bigger challenges--Lug discovers the Ice Age is coming and he has to bring the warring clans together to save them not only from the freeze but also from a particularly unpleasant migrating pride of saber-toothed tigers. It's no help that the elders are cavemen who can't seem to get the concept of climate change through their thick skulls. With both funny, anachronistic humor, charming characters, and strong themes, Lug, Dawn of the Ice Age is sure to be a hit with many readers.

Illustrated with black and white line art throughout. 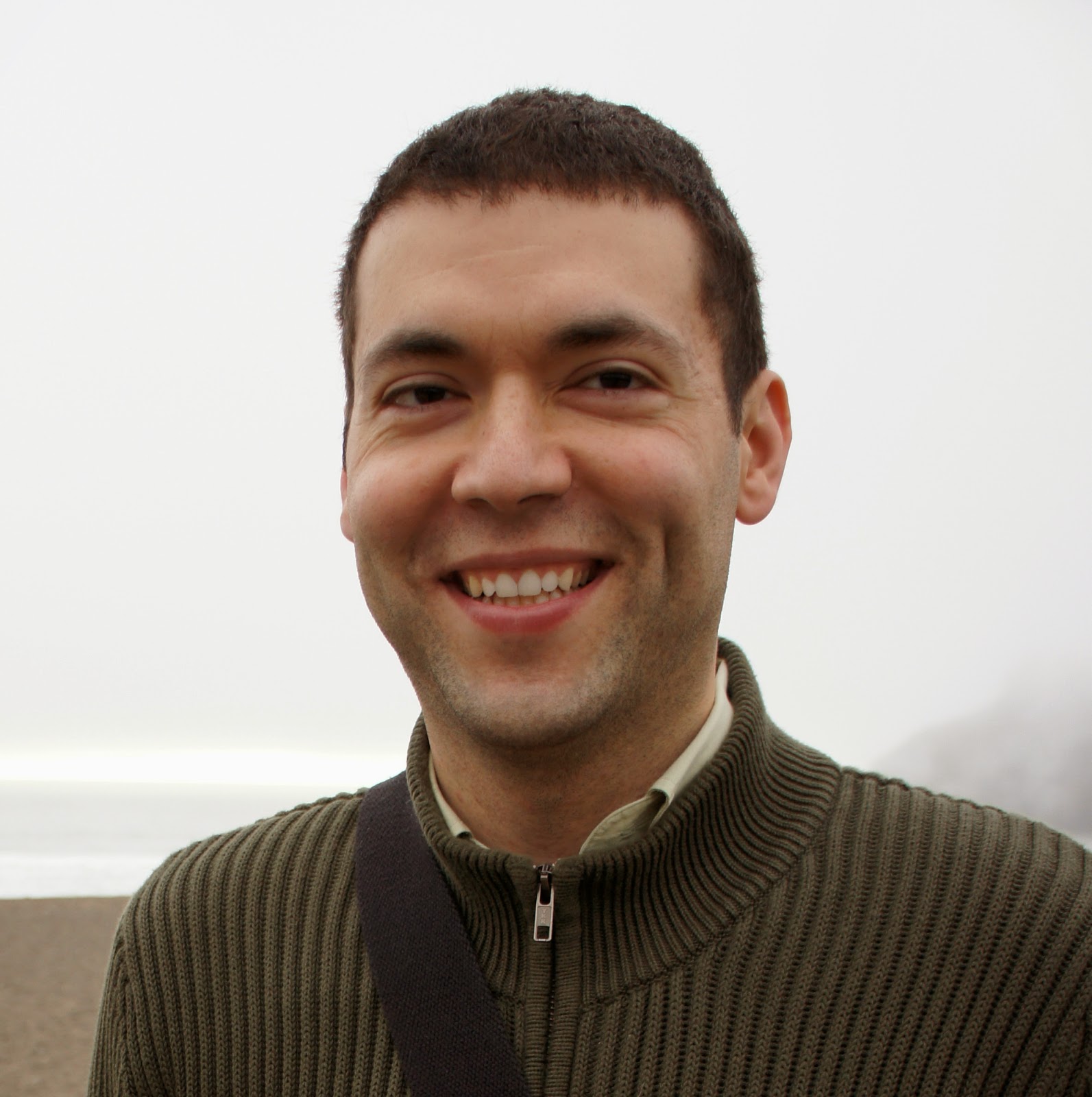 DAVID ZELTSER emigrated from the Soviet Union as a child, graduated from Harvard, and has worked with all kinds of wild animals, including rhinos, owls, sharks, and ad executives. He is the author of Lug, Dawn of the Ice Age, the first book in a satirical series about the world’s inaction on climate change, for ages 8-12. He also has a forthcoming picture book, Ninja Baby, with Caldecott Honor illustrator Diane Goode (Chronicle Books). David lives with his wife and daughter in Santa Cruz, California. He performs improv comedy and loves meeting readers of all ages. His second book about Lug is scheduled to publish in Fall 2015. Visit David’s website at www.davidzeltser.com. He’s also on Twitter: @davidzeltser

The name of this blog makes me smile.

For me, libraries have always been like treasure islands in the midst of a stormy sea. And I have a special place in my heart for two in particular:

2) Every school library in the world (To me as a kid, these places were the ultimate sanctuaries, and I still feel that way today.)

As I say on my website’s Educators page, the librarians in my life have had a huge influence on me. Especially the early ones who actively encouraged exploration and creativity.

I’d like to end this short post by saying thanks for your interest in LUG! I hope you’ll visit my website, learn more about all of my upcoming books, and see the LUG book trailer here: http://davidzeltser.com/books/lug-dawn-of-the-ice-age

Lug, Dawn of the Ice Age presents the story of a young cave boy who isn't interested in hunting or playing 'Headstone' the rough and tumble, bash other players heads in game that the rest of the clan is into to.  He would rather paint on the walls of his secret art cave.  Unfortunately, he fails to catch a jungle llama to use in the big game and is banished. He also seems to be the only one who has noticed the rapidly changing climate which threatens their entire way of life. With the help of Stony, another boy who is banished, and Echo, a girl from a rival tribe, can Lug save not only himself but his clan despite the opposition of the clan leader and his bully of a son?

The modern language spoken by the characters is a bit off-putting in terms of historical believability, but the target audience isn't going to care.  The characters are appealing and funny, the plot moves quickly with the characters facing numerous challenges, and the setting is well-defined.  I truly enjoyed reading about Lug and his friends.  The themes of friendship, being yourself, and observing the world around you are all well integrated into the story.  Lug is winner from beginning until end.

1 SIGNED print copy of Lug, Dawn of the Ice Age
US/Canada only

CHECK OUT THE REST OF THE TOUR HERE WITH MORE GREAT POSTS AND GIVEAWAYS!
2014 Blog Tour middle grade humor