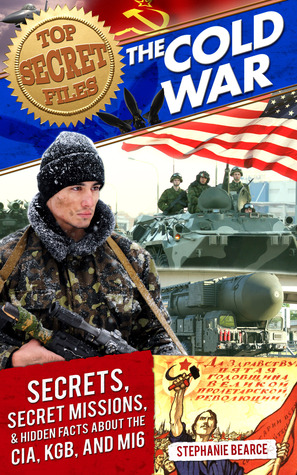 Take a look if you dare, but be careful! Some secrets are meant to stay hidden…
Poison dart umbrellas and cyanide guns were all a part of the arsenal of tools used by spies of the Soviet KGB, American CIA, and the British MI6, but you won’t learn that in your history books! Learn true stories of the Cold War and how spies used listening devices planted in live cats and wristwatch cameras. Discover how East Germans tried to ride zip lines to freedom, while the Cambridge Four infiltrated Britain and master spy catchers like Charles Elwell were celebrated. Then make your own secret codes and practice sending shoe messages. It’s all part of the true stories from Top Secret Files: Cold War. 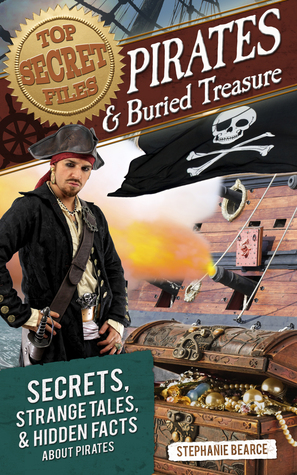 Pirates of the Golden Age had to deal with scurvy, fight ferocious battles, and eat everything from monkeys to snakes to sea turtles, but you won’t learn that in your history books! Discover the truth about Anne Bonny, the Irish woman who was a true Pirate of the Caribbean, and the secrets of Blackbeard and the daring priate Chen I Sao. Then learn how to talk like a pirate and make a buried treasure map for your friends. It’s all part of the true stories from the Top Secret Files: Pirates and Buried Treasure

1)     The Big Dog Escape- Would you believe that one secret agent made his escape disguised as a dog? During the 1970’s, the CIA disguised one of their agents as a St. Bernard to get him out of Europe. The operative wore a fake dog suit and was concealed in a dog kennel. Nobody was suspicious when the dog was taken to the vet for a check-up, and the operative made his escape.
2)     Flying Saucers- In 1956, the U.S. Air Force experimented with building its own flying saucer. The plans called for a disc shaped flying machine that would reach altitudes of 100,000 feet and fly at Mach 4. The machine they built didn’t work quite as well as they hoped. It wobbled uncontrollably if it went higher than 3 feet of the ground and its top speed was 35mph. The project was scrapped.
3)     Moon Bomb- Scientists came up with some wild ideas during the Cold War, but one of the craziest was to bomb the moon. Some U.S. scientists thought that if they exploded an atomic bomb on the moon, then it would scare the Soviet Union. Other scientists argued that a mistake could seriously hurt the earth and ruin the surface of the moon. The plan was scrapped and no bombs were sent to the moon.

Stephanie Bearce is a writer, teacher, and history detective. She loves tracking down spies and uncovering secret missions from the comfort of her library in St. Charles, MO. When she isn’t writing or teaching, Stephanie loves to travel the world and go on adventures with her husband, Darrell.