JACQUELINE WILSON Part #2: The Worst Thing About My Sister 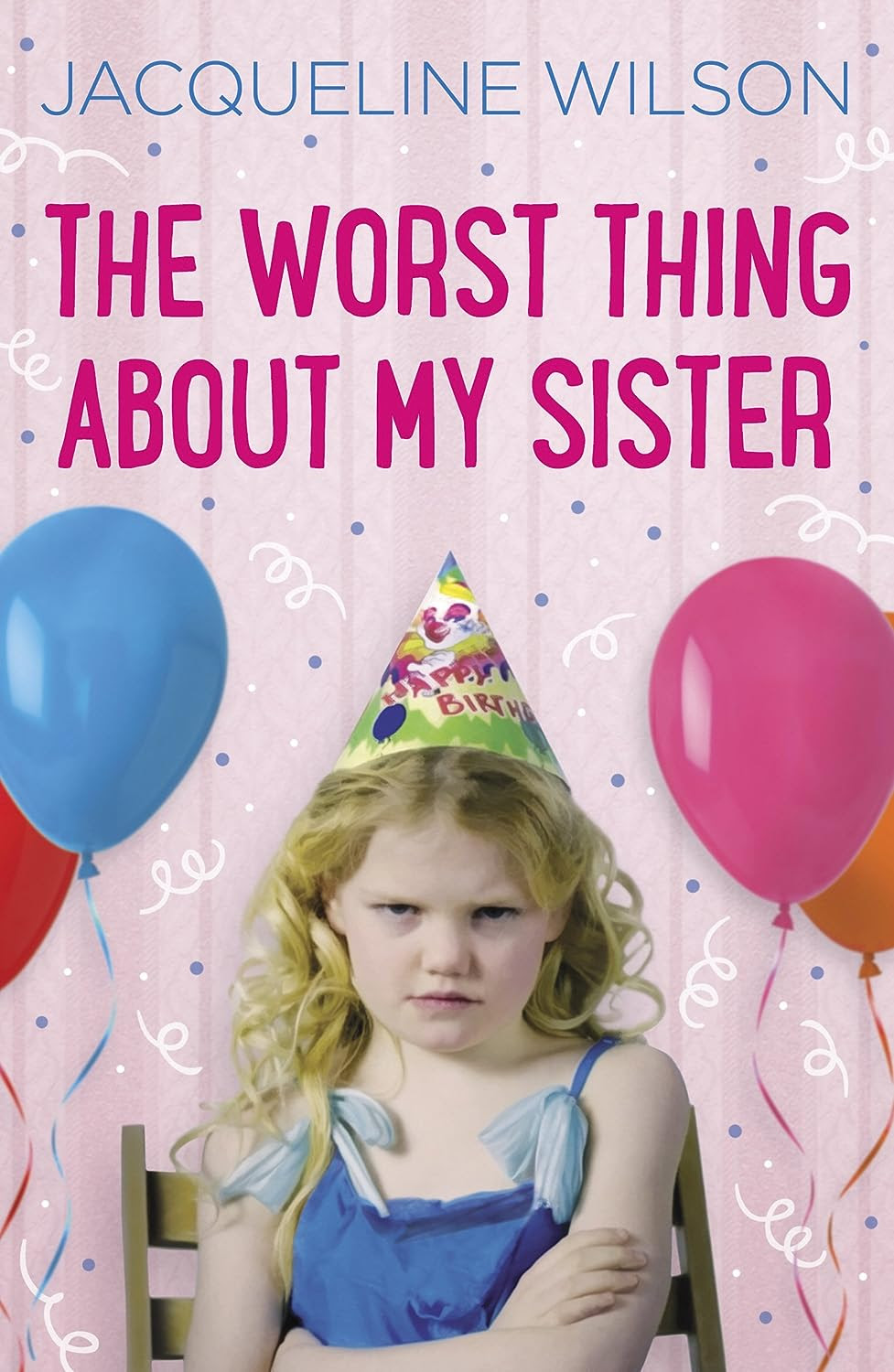 THE WORST THING ABOUT MY SISTER


by Jacqueline Wilson
RHCP Digital, 2013
ISBN: 0440869285
Review copy provided by publisher in return for honest review.
All opinions expressed are solely my own.
Middle Grade Contemporary

Being a sister isn't always easy . . . but what's the very worst thing about your sister?

Marty and her sister Melissa couldn't be more different. Marty loves her Converse trainers, playing football, hiding in her secret den and helping her dad with his DIY. But Melissa loves Justin Bieber and all things pink, girly and pretty.

The sisters can manage to live together, despite their occasional scraps but then Mum tells them they have to share a room. For Marty, having to share her bunk beds and lose her private sanctuary turns out to be the very worst thing about having a sister. But the girls soon discover that being too close for comfort can have unexpected consequences, and when an accident happens, the sisters realize they are closer than they thought.

Jacqueline Wilson, known throughout Britain as the most popular writer for girls aged 7-15 has sold over 35 million copies of her books in the UK.  She was appointed as the Children’s Laureate from 2005-7 and received an OBE from the Queen in 2002 for services to literacy in schools.   In 2008 she was further awarded a DBE in the Queen’s New Year Honour’s List, making her Dame Jacqueline Wilson. Her books contain universal themes popular with children all over the world.  Family life, friendship and bullying are regularly featured and her characters often find themselves in difficult circumstances.  Her books have been praised for their unique blend of realism and humor, and she is loved by children and parents alike for her non-patronising approach to writing for children.

Sisters can be such a pain! Just ask Marty about her older sister, Melissa and she will tell you. Melissa seems to be everything that Marty is not, a girlie girl you might say. Marty, on the other hand would rather wear her favorite t-shirt and draw Mighty Mart comics.  When Marty and Melissa are forced to share a room, things explode and Marty must take a look at their relationship from a new perspective.

Strengths: The story feels very genuine as do the relationships between Marty and her sister and parents. There is plenty of relational conflict here that is quite believable (especially since I have sisters myself). Marty is quite an entertaining character, one of those that makes you roll your eyes and laugh at the same time.

Weaknesses: The bickering between the girls did get old after awhile.