OPEN FIRE: J. GOLDEN KIMBALL TAKES ON THE SOUTH,
THE BEGINNINGS OF A LEGEND
by Scott M. Hurst
Bonneville Books, 2012
ISBN: 978-1-59955-907-0
LDS Biographical/Historical Fiction
Complimentary copy provided by publisher for blog tour.
All opinions expressed are solely my own.

In this fast paced story filled with holy hi-jinx and missionary mayhem, Golden squares off with his characteristic cowboy sense of humor against everything from spiteful preachers to the threat of death at the hands of the terrible Ku Klux Klan. Join Golden as he takes on the South with these unbelievable, true stories.

Scott graduated from Brigham Young University and is currently enrolled in the School of Hard Knocks. He is a nomad who claims his home in Utah, California, Hawaii and wherever else in the world he happens to be. The closest thing he’s ever done to being a cowboy was dude ranching for a day. He couldn’t sit down for two weeks afterwards. Like Golden, he’s tall and skinny. He also shares some of Golden’s colorful vocabulary and his immense love for the gospel.

While this book is presented as biographical, the author mentions at the beginning that he has fictionalized some things, like actual dialogue, he's condensed other things so the story flows better, thus making this biographical/historical fiction. The main events of the story however did actually occur and the man was quite a character.  Before leaving on his mission, Golden had never left the Utah/Idaho area, so going to the Southern States was a huge shock, especially with the huge amount of anti-Mormon prejudice that existed at the time.  I was amazed at the courage of these men leaving their homes and families to share the gospel at a time and place that was anything but welcoming.  Today's missionaries receive a lot more training, back then they simply packed up and went.

This is a story of faith and courage and one man's efforts to share what he believed.  Golden wasn't perfect and he never claimed to be. I think what made him effective was that he was sincere and never pretended to be something he wasn't.  You don't need to be a Mormon to appreciate the determination of this man and the lasting impact he made on those he met.  While fictionalized to some extent, this book still gives insight into the life of J. Golden Kimball.  It's also just plain full of entertaining stories. I highly recommend this book. 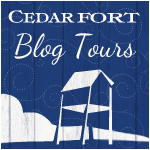