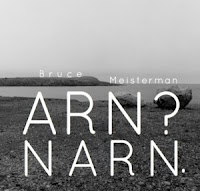 
Arn? Narn., while telling the true story of a disappearing rural Newfoundland, is also a cautionary chronicle of an imminent world wide concern. In 1992, the Canadian government enacted a cod fishing moratorium on the over 500 year old fishing industry, throwing over 40,000 fisherman out of work. In the next ten years, nearly 20 % of Newfoundland’s population migrated off the large island. Now, 20 years later, the fish have not returned nor have the people.

The implications of this are only now just beginning to be understood. In 2006, Dr. Boris Worm of Dalhousie University in Nova Scotia published a paper which received world-wide attention. In it, he predicted that by the middle of this century all stocks of wild, edible fish will be in total collapse. What happened in Newfoundland is expected to occur planet-wide.

Arn? Narn. is a photo-documentary of a culture vanishing before our eyes; perhaps as an early warning to all countries to learn how to manage their resources more carefully. This could very easily happen anywhere.

The title refers to a short conversation in Newfoundland English. It comes from the story of two fishing boats in a Newfoundland bay: one boat is departing, the other returning. The departing boat’s captain yells across his bow, “Arn?” The returning boat’s captain replies, “Narn.” The translation is simple: “Any fish?” “No fish.” That is the tragedy of this story. Through over-fishing, government mismanagement, and greed, the fish are gone.

As a photographer, Bruce Meisterman has worked in areas as diverse as fine art and commercial photography, always looking to meld the two. Originally studying to be a painter, Bruce found that he could express himself and his art more effectively with a camera. Starting out as a photo-journalist with a newspaper, he honed his eye, insight, skills, and story-telling abilities from working with the demands of daily deadlines.

The book Arn? Narn. was initially conceived as an examination of a western culture, isolated from the world. Isolated not so much as to having no contact with the outside world, but as to being a destination rather than a place along one’s way. In researching the then-untitled book, Meisterman determined Newfoundland would be the perfect place in which to do this study.

After his first trip up there to photograph, he realized that a core element to his photos was missing, necessitating another trip to Newfoundland the following year. It was then where the story became apparent to him. The title of the book tells it all.

“Arn? Narn.” is the shortest conversation in Newfoundland English. The story behind it is this: two fishing boat captains are in the bay: one departing, the other returning. The departing captain yells out across the bay “Arn?’ The returning captain responds “Narn.” The translation is simple: “Any fish?”; “No fish.” And this book is about a culture, that culture, having supported itself for many years on fishing, finding itself now unable to do. The fish are gone.

While Arn? Narn. is about Newfoundland, the implications are of a much broader scope. The lessons learned here have global ramifications. Meisterman likens it to a canary in a coal mine, but on a planetary scale. When the canary dies, it’s time to get out of the coal mine and avert a human catastrophe. In this instance, the canary (the Newfoundland fishing industry) died, but no one took notice until it was too late. Evidence indicates other such global collapses are inevitable but may be avoidable, but only if action is taken.

Meisterman has been widely published in numerous publications such as: the New York Times, The Sun magazine, Yankee magazine, Country Journal magazine among many others and has been featured in a number of books. He has had numerous exhibitions ranging from galleries to museums. And his work resides in many private collections. Arn? Narn. is Meisterman’s first book.

He has been a guest lecturer at colleges and universities, religious organizations, and trade groups conducting them in a fashion where he also learns from the process as well as those attending. “We are all teachers to each other. How fortunate that I can be the recipient of a whole room full of teachers’ knowledge. They have made me a much better photographer. The one thing I never want to do is stop learning.”

Visit Bruce on the web at www.bmeisterman.com.

As a geography major in college, one of the major issues I studied was economic sustainability and environmental and human interaction.  This book could be a case study for such a class.  The minimal text and the photos provide a sad commentary on a disappearing way of life.  Newfoundland, Canada is an island in the Labrador Sea to the Northeast of the United States.  This island was settled for one reason, and one reason only, FISH, specifically cod. You could not visit a single town on the island and not see the connection to the ocean.  Unfortunately, places founded on a single resource often find themselves in trouble when that resource is threatened or disappears.  And that is exactly what is happening here.  With the disappearance of cod, the towns of Newfoundland are shrinking and the unique cultures that exist there are disappearing as well.  Meisterman does a nice job of highlighting the things that make the island unique and how things are changing as a result of the loss of the cod.  The black and white illustrations give a distinct feeling of the past and yet the cars indicate that the island isn't completely isolated.  Clearly, the island is both a harsh place and a beautiful place.  This book provides a thought-provoking look at what happens when a resource is not managed as wisely as it could be.

Check out the rest of the tour here.
Adult Geography Pump up Your Book Book Tours