MONSTERS IN THE MIST by Juliana Brandt--REVIEW & INTERVIEW 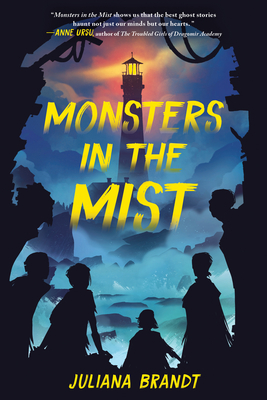 MONSTERS IN THE MIST
by Juliana Brandt
Sourcebooks Young Readers, 2022
ISBN: 978-1-7282-4544-7
Source: publisher for review
Ages 9-12
All opinions expressed are solely my own.
Book cover & summary provided by Goodreads.com & publisher.
ABOUT THE BOOK
When Glennon McCue moves into a lighthouse on a mysterious island not found on any maps, he must figure out why those who visit are never heard from again before he and his family fall victim to the island's curse.
When Glennon McCue's father takes an overseas position, Glennon finds himself relocated from Minneapolis to his Uncle's light house on Isle Philippeaux, smack dab in the middle of Lake Superior surrounded by nothing but black, ominous waters. The place is frightening and becomes even more so when a storm rocks the island and a ship wrecks outside the lighthouse. Even worse, the survivors are terrified to learn they've washed up on the phantom isle.
There are many stories about Isle Philippeaux; sailors wash ashore...and are never seen again.
Suddenly, Glennon finds himself in the middle of a real-life ghost story, and unless he can figure out the mystery of the island... he and his family will be lost forever, too. 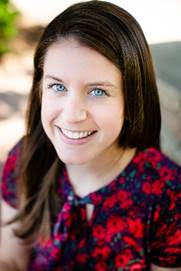 ABOUT THE AUTHOR
JULIANA BRANDT is an author and kindergarten teacher with a passion for storytelling that guides her in both of her jobs. Born in Minneapolis, she now lives in her childhood home of Minnesota and teaches in Hastings. Her writing is heavily influenced by travels around the country and a decade living in the South. When not working, she is usually exploring the great outdoors. She is also the author of The Wolf of Cape Fen. You can find her online at julianalbrandt.com.
REVIEW
Like many scary books for children, the main character of Monsters in the Mist faces off with external threats, the 'monsters' of the title.  What made this story stand out for me, was the interweaving of the main character's internal battles with the external ones.  Glennon, his mother, and sister have been staying on Isle Philippeaux with his Uncle Job for a couple of months.  But as the time comes for them to get ready to leave, Glennon starts to realize that things are really, really wrong.  The crash of a ship on the rocks below the lighthouse where his uncle works and the arrival of the survivors gets Glennon thinking about what's really occurring on the island.
While things on the island get more and more perilous, Glennon wrestles with his own personal issues and fears as well as those of his sister and mother.  Only by confronting his own beliefs and lack of confidence brought on by verbal/emotional abuse will Glennon have any hope of saving himself and his family from the horrors of the island.  This story revolves around fantastical elements, but the courage and determination that Glennon must develop in order to face the 'monsters' are very real.  I appreciated the way the author blended the real and the make-believe to create a story that rings true in a lot of ways.  Young readers who enjoy scary, creepy stories will find much to enjoy here in both primary and secondary characters and plotlines.  In the end, it's Glennon's love of his family that keeps the book centered as he struggles with his foes both inside and out.
INTERVIEW WITH JULIANA BRANDT
Please share with us your writing background.  How did you get into it? What led you to write fantasy?
I've always adored storytelling and could often be found making up and writing down stories when I was a kid. In college, I took a few writing courses for fun, but I certainly never entertained the idea of pursuing authoring as a job. It wasn't until after college that I started writing books and years after that that I decided to pursue publication. I've always loved magic in stories; magical books were my escape when I was little and that followed me into adulthood. I've never considered writing anything other than fantasy!
What was it like to get published for the first time? How was this time different?
It took me a very long time to be published for the first time. My debut was the 14th manuscript I wrote! One of the good things about it taking me so long to be published is that I had a lot of practice writing books, which meant that writing under contract for my second and third books wasn't quite as stressful as it might have otherwise been. For Monsters in the Mist, I went into the book knowing exactly what I wanted to write. I had a lot of direction before drafting. That certainly wasn't the case when I wrote my debut - that whole book felt like a surprise the entire time I was writing it.
I've never read a book that combines characters fighting both internal and external monsters quite the way this one does.  How did that story line develop?
The parallel stories of Glennon fighting his internal demons and the external monsters was part of the story from the start. I knew I wanted to tell a story where my main character was haunted in his personal life, just as he was haunted in his outward life. I knew too that Glennon defeating the monsters on the island would only be possible once he identified and learned how to defeat his personal monsters. Tying those two plot threads together was important to me, because it meant that Glennon learned how brave and strong he could be. He learned how important it was for him to be safe in all parts of his life.
What are you currently working on?
A few secret projects! The summer is a fun time for me, because I get a break from my teaching day-job and I get to enjoy space to dream up big projects. This summer, I'll work on a few different manuscripts and will hopefully finish one or two of them by the time summer comes to a close.
What do you enjoy doing when you aren't writing?
I teach Kindergarten! I love being a teacher. It's an incredibly fulfilling job and it balances out being an author, which is a very internal job to do. I also love to spend as much time outdoors as possible. Some of my best daydreaming happens when I'm taking walks or hiking. It's where most of my best book ideas happen.
2022 books middle grade fantasy Middle Grade Speculative