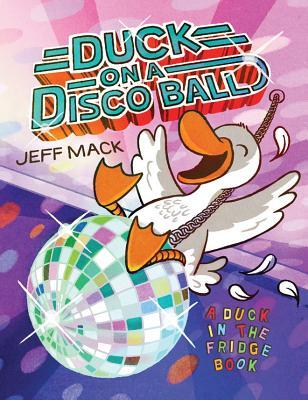 Bedtime has never been so silly!

Every night it’s the same old story. A boy wants to stay up late, but his parents won’t let him. But sometimes in the morning, he notices things look a little off—like when he sees a disco ball in the kitchen…with his toy duck on it. So one night he decides to stay up. And that’s when the fun really begins.

Silliness builds with each page of this high-energy, pun-filled companion to Duck in the Fridge until the moment when sleep eventually takes hold and morning arrives once more. 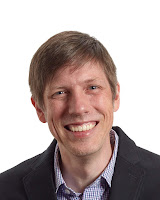 Jeff Mack is the award-winning author and illustrator of Duck in the Fridge; Mine!; Ah Ha!; Good News, Bad News; and the Hippo and Rabbit series. He has also illustrated many books, including If My Love Were a Fire Truck by Luke Reynolds. His books have been awarded the Texas 2x2, a Junior Library Guild award, a Colorado Bell Award, a Pennsylvania Family Literacy Award, a New York Public Library Best Book of the Year Award, and a Bank Street Best Book of the Year award. Jeff lives in Massachusetts. Visit him online at jeffmack.com.
Twitter: @jeffmackbooks
Facebook: JeffMackBooks

The silliness continues in the trailer! 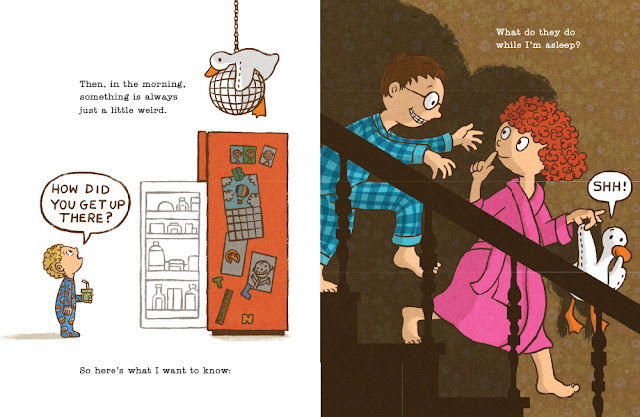 A young boy doesn't want to go to bed at night because he suspects that his parents are up to mischief at night.  He keeps finding his stuffed duck in unusual places and thinks his parents are doing fun things without him.  So one night he sneaks out of bed to spy and sure enough he discovers his parents are party animals.  And yet the next morning the mess is completely cleaned up.  Except for the stuffed duck in an unusual place.  Jeff Mack has created a silly story about the secretive habits of parents and the way children long to grow up.  If only that's how it really was.  A fun story about a child who doesn't want to go to bed.