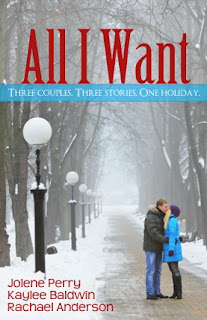 Pretty Near Perfect
by Jolene Perry

The last thing Norah needs is to be attracted to anyone – especially in her deceased fiancé's parents' home. Collin’s starting a new career, and has no business getting involved – especially while staying with his roommate’s family, who very kindly offered to take him in for the holidays. Unfortunately, you just don’t always pick the most convenient time and place to fall for someone.

When Natalie goes home with her best friend for Christmas, she expects plenty of quiet time to work on a winning ad so she can turn her dream internship into her dream job. Instead, she gets time-consuming Christmas festivities, a house full of children, and Jimmy, her best friend’s brother - someone who makes her question everything she’s always thought she wanted.

Twist of Fate
by Rachael Anderson

When a postcard meant for Kenzie winds up in Ty's mailbox, Ty's faced with a decision. Should he tell her that her fiancé is breaking up with her and let it ruin her favorite holiday, or should he do what he’s wanted to do since he met her - make a move and hope that he can win her over before she discovers there won’t be a wedding after all.

Purchase All I Want 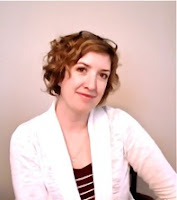 Jolene Perry is an enigmatic figure. She is most often seen behind her laptop, staring at the words flying onto the screen with reckless abandon.

She survived growing up in rural Alaska, driving like a lunatic, and her husband’s careers in the military, as a perpetual student, and an Alaska State Prosecutor. She also survived as a middle school math teacher using her degree of Political Science and French.

One day Jolene was playing her guitar (probably some-thing juvenile for her kids) when she wondered what it would be like to write a song for a rockstar, and her first book was born. (that book is shelved)

She now lives a very glamorous life as a stay at home mom, elbow deep in dirty dishes and peanut butter sandwiches. She doesn’t even attempt to keep up with the laundry because non-writing time is precious, and her family is sorta awesome. 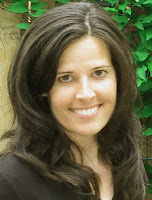 Rachael Anderson is the author of four contemporary romances: Divinely Designed, Luck of the Draw, Minor Adjustments, and The Reluctant Bachelorette. She's the mother of four, can't sing, doesn't dance, and despises tragedies. But she recently figured out how yeast works and can now make homemade bread, which she is really good at eating. 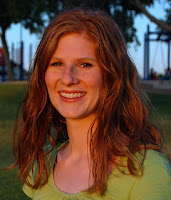 I grew up in Mesa, Arizona, and graduated from Arizona State University

with a degree in English literature.
I currently live in southern Arizona with my husband, Jeremy, and our three children. When I am not writing, I enjoy reading, starting new craft projects, and spending time with my family.


Nothing makes me sigh quite as happily the way a sweet romance does and this book has three of them. While shorter than I normally like, I really enjoyed all three.  In the first story, Norah meets Collin at the house of her dead fiance's family, talk about awkward.  It becomes even more so when Collin seems to return her feelings. I enjoyed the way the characters really connected but still referred to the relationship as just a beginning. That seems more realistic to me than the whole 'love at first sight' stuff.  The second story revolves around Natalie who is trying to come up with an ad campaign that will hopefully win her her dream job.  But between her boyfriend, Grant who offers her no listening ear or support whatsoever and Jimmy, her best friend's brother, who won't stop pestering her, she wonders if her dream is even possible.  In this one I especially enjoyed the interactions between Jimmy and Natalie, they were sweet and funny. The last story focuses on Ty and Kenzie who live in the same apartment complex.  When Ty gets a postcard for Kenzie involving her fiance breaking up with her, he decides to hold it until after Christmas. But his intentions aren't entirely noble, he wants a chance to see if given a choice, Kenzie will choose him over her fiance.  In this one I enjoyed the way Ty was, in most ways, a good friend who offered Kenzie love and support.  All of the stories had a nice amount of romance with a decent amount of depth. While there were a number of editorial errors, I found them easy to overlook in the enjoyment of the stories.

Open to anyone who can legally enter, receive and use an Amazon.com Gift Code or Paypal Cash. Winning Entry will be verified prior to prize being awarded. No purchase necessary. You must be 18 or older to enter or have your parent's permission. The winner will be chosen by rafflecopter and announced here as well as emailed and will have 48 hours to respond or a new winner will be chosen. This giveaway is in no way associated with Facebook, Twitter, Rafflecopter or any other entity unless otherwise specified. The number of eligible entries received determines the odds of winning. VOID WHERE PROHIBITED BY LAW.