Summary: Gabby Duran, babysitter extraordinaire and modern day Mary Poppins was on her way home from sitting for a famous action's star's rambunctious triplets when she was approached by a mysterious woman (Associate 4118-23432B) with her first mission. A babysitting job with a more lucrative rate than she'd ever received. What child could possibly be so difficult to handle? Gabby was soon trusted with the truth--aliens are living among humans on Earth. They are protected by the top-secret organization, the Association Linking Intergalactics and Earthlings as Neighbors (hereby known as A.L.I.E.N). Even extraterrestrials need a sitter now and then. No one was up for the task except Gabby.

After accepting the top-secret position, Gabby is paired up with her first charge, a little alien girl named Wutt from the planet Flarknartia,who turns out to be much more than meets the eye. The timing for associate 4118-25125A is less than ideal. It's a school day on Planet Earth and Gabby's audition for the solo part in the band is tonight. Can Gabby Duran, Associate 4118-25125A, First Sitter to the Unsittables, keep her otherworldly charge safe in the unpredictable halls of middle-school and keep A.L.I.E.N hidden? 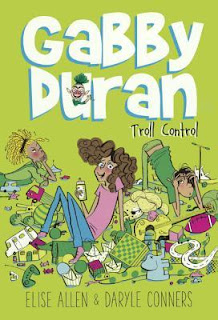 Summary: Here at A.L.I.E.N. we believe in strengthening the bonds between humans and intergalactics so that one day all beings can live together on Earth in harmony. That day has not come. But our Associates are working hard to achieve this goal, including Gabby Duran, Associate 4118-25125A, Sitter to the Unsittables.

Upon successfully completing her first mission, we have assigned Gabby a more . . . puzzling charge. The relationship between trolls and humans has always been rife with tension, and the troll family Gabby is assigned to is especially prickly. But Gabby is not fazed. Our footage shows Associate 4118-25125A playing, laughing, and snacking with Trymmy, the little troll boy, who seems to be thoroughly enjoying himself.

Our liaison, Edwina, informed Gabby that trolls love nothing more than a riddle-and stealing items from unsuspecting humans to add to their trove-but Gabby's certain that all this young troll wants is to have fun. However, it might not be as simple as she thinks. After all, there's a reason this particular alien offspring has been labeled "Unsittable." 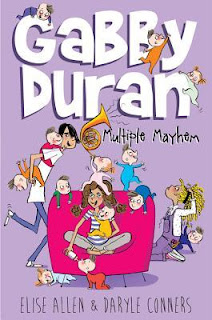 CASE FILE: The Third (and fourth and fifth and sixth . . . ) Unsittable

SUMMARY: Gabby Duran, Associate 4118-25125A, Sitter to the Unsittables, has proven herself an integral member of A.L.I.E.N.--the Association Linking Intergalactics and Earthlings as Neighbors. She has amassed an impressive roster of alien clients, and is a trusted babysitter among humans and intergalactics alike. We here at A.L.I.E.N. are proud to call her one of our greatest success stories, and believe she is ready to take on more responsibility.

Which is why Gabby has now been entrusted with the care of one of our most volatile charges. His name is One and he's a member of the Tridecalleon species. While One and his parents present the appearance of a normal, human family, they have some intriguing qualities that make caring for their young a unique challenge. And while, under normal circumstances, inviting outsiders to aid an agent with an Unsittable job would be strictly forbidden, we have decided to forgive Gabby calling in her friends Satchel and Zee in this case. After all, a babysitter only has so many hands. (Unless, of course, he or she is a Flarknartian.)

Making this highly unstable situation an even greater challenge? Gabby has also been assigned to protect a very dangerous object--one that, if it falls into the wrong hands, could cause the destruction of Earth itself. It remains to be seen whether Gabby and her friends are able to handle the demands of eleven . . . wait, twelve . . . no, thirteen babies, while ensuring the safety of the world at the same time. All we can do is wait, and hope, and trust. And ready our escape pods.

There are a number of series about babysitting, the best known of which is probably The Baby Sitters Club, which I myself loved when I was younger.  But none of those series are quite like this one.  Gabby Duran is a fabulous babysitter, so much so that her clients range from ordinary middle class individuals all the way up to the President of the United States.  Everything she could possibly need she carries in her purple knapsack. Living with her caterer mother and number genius sister, Gabby's life is good, except for her annoying neighbor, Madison.  But things change dramatically when Gabby is recruited by A.L.I.E.N. to be a babysitter for alien parents disguised as regular humans.  At first this seems like just another set of jobs, until Gabby realizes that not only are her alien charges are far more work than her regular human charges, but she's put herself into the middle of a war with an organization called G.E.T.O.U.T. who wants to weed out all aliens and destroy them.

Each of the three books in the series focuses on one particular babysitting job with the accompanying difficulties.  Each charge has to be kept happy and healthy while still disguised from human discovery, while avoiding G.E.T.O.U.T. agents, one of whom may be dating her mother.  In addition, Gabby's ongoing feud with Madison in both orchestra and in the neighborhood creates an additional need for secrecy.  Each book has plenty of humor, excitement, and great babysitting suggestions (as applicable of course).  The colorful design of the books makes them that much more appealing to middle grade readers.  And of course in the third book, Gabby is given responsibility for an object that could bring worldwide disaster if it ends up in the wrong hands.  These books are delightfully exciting, amusing, and unpredictable, as long as you are more than willing to suspend disbelief a bit. ;)