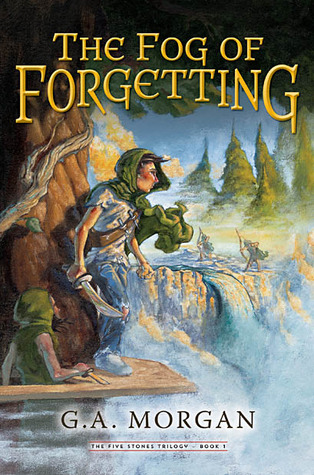 In The Fog of Forgetting, the beginning of a new adventure-fantasy trilogy, five children wash up on the shores of an foreign land, unwitting agents of destiny in a realm struggling to withstand a force that could change their world -- and ours -- forever.Move over, Narnia. The journey to Ayda has begun. Sneaking out for a quick boat ride on a summer day, five children find themselves engulfed in a curtain of dense, powerful fog that transports them from the rocky Maine coast to the mysterious island of Ayda. Rescued by Seaborne, a machete-toting wayfarer of few words, the children suddenly find themselves at the center of a centuries-old battle between Dankar, the ruler of Exor, and three siblings that rule the other realms of Ayda. At stake are the four stones of power and the elusive Fifth Stone that binds them all.When 9-year-old Frankie is kidnapped by Dankar, her older sister Evelyn and the three Thompson brothers must learn to harness the powers of the daylights, ancient forces of earth, fire, water, and air, to navigate their way through the realms of Ayda, rescue her, and find a way home.G.A. Morgan is a powerful new voice in the young adult adventure-fantasy genre, telling a story full of myth and mystery, action and peril. In Ayda, she has created a land rich with history and steeped in lore, one that exists not just in imagination but unnervingly, realistically, parallel to ours.

THE FOG OF FORGETTING will appeal to a wide audience from middle grade to YA readers who love action, adventure, and intrigue. And although you’ll forget time while reading this novel, the story reminds us that family is one thing that can never be forgotten.

G. A. Morgan spent all of her childhood summers on an island in Maine, where she discovered that many secrets lie deep in the fog. She was formerly the managing editor of Chronicle Books before moving to Portland, Maine, where she has written for a variety of editorial and commercial clients, including LL Bean, Thos. Moser, Hay House Publishers, and Bon Appetit and Maine magazines. She has written several illustrated nonfiction works under her full name, Genevieve Morgan, and is the author of a recent non-fiction book for teens called Undecided: A Guide to Navigating Life after High School (Zest Books/2014). She is currently working on Chantarelle, Book 2 of The Five Stones Trilogy, which will be available Summer 2015.

Add The Fog of Forgetting on Goodreads. 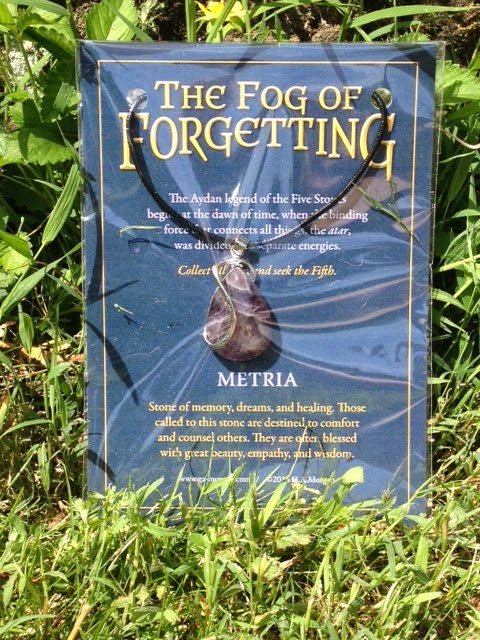 "Collect all four stones and seek the fifth."

To enter visit this page. (Sorry, I can't copy the HTML on my page for some reason).

To enter giveaways for the other three stones visit the following blogs:

Books & Cleverness
The Scenic Life
On Starships and Dragonwings