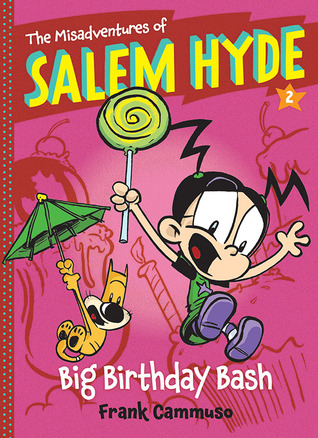 Young witch Salem Hyde is stubborn, impulsive, and loves flying. Her cat companion, Whammy, is nervous, careful, and loves staying on the ground. Somehow, though, they’re best friends. In this second book in the series, Salem is invited to a birthday party, and she wants to make sure everything goes perfectly. But from the invitations to the presents, party games, and spells gone awry, nothing happens exactly the way it should, and she’ll need Whammy’s help to sort it all out.

Salem Hyde is a delightful new graphic novel character. I found myself laughing out loud on numerous occasions as I read this book.  Salem is a young girl with magical abilities that she tends to use at the worst possible moments and in the worst ways, although her intentions are generally good.  Lucky for her, Whammy, her cat instructor is around to help her, at least when he isn't being carried away by birds. Salem has been invited to her best friends birthday party and needs to choose a gift, but when she runs into her nemesis at the store things begin to go wrong and her efforts to make things better don't go the way she plans.  A fun new graphic novel series that kids are sure to go bonkers over.  The simple but expressive graphics suit the humor to a tee.

Be sure to check out the first book, Spelling Trouble, as well! 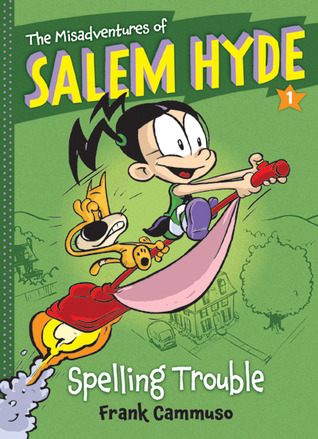 Salem Hyde just isn’t like other kids. For one thing, she’s stubborn, independent, and impulsive. For another, she’s a witch. Salem acts first and thinks later—which means most of her thinking involves coming up with excuses!

Good thing she’s been assigned an animal companion, Lord Percival J. Whamsford III. This over-anxious cat doesn’t like Salem calling him “Whammy,” and Salem doesn’t like listening to his long-winded explanations as to why she shouldn’t do something . . . like enter the class spelling bee.
Salem knows she can beat all her classmates at spells, no problem. Too late, she realizes the competition is about spelling words, not magic. And there’s nothing like a misspelled spell to cause all kinds of havoc!
2014 Books Graphic Novels primary humor