Where were you on 9/11? That question has become part of the fabric of our lives as Americans. On that bright, sunny day, none of us had any idea what was in store and how it would change our lives. Depending on what part of the country you lived in, you may not have known anything was going on until several hours after the first plane struck. You may not have heard the news until you got to work, turned on your car radio, or received a call from a loved one asking if you had seen or heard the news. Ashes Ashes the Twins Fall Down is a look at the events of 9/11 from personal and informational perspectives. Author, Pauline Hawkins, who lived in Texas at the time of the attacks, shares her experience of 9/11, and its repercussions for her family, her job, and how she viewed the world. Pauline’s story of coping with the news, reframing how she thought about America and the world, and making a conscious decision to become better-informed will resonate with anyone who lived through 9/11. In addition to her personal testimony, Pauline provides a thought-provoking context for the events of 9/11, including political background, social commentary, and reflections on the contributions of everyday heroes. You’ll come away from this book both enlightened and comforted by Pauline’s honesty and common sense, as well as her heartfelt appreciation of those who sacrificed for our country, and those who continue to work toward healing and rebuilding. 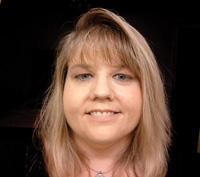 Pauline L. Hawkins was born in Munson Army Hospital at Fort Leavenworth, Kansas on Easter Sunday. Pauline has been in the health insurance industry for almost thirty years, working her way up from the mailroom to corporate management and claims payment. In 2002, Pauline received her Instructional Design certification, which allows her to create instructor-led and learner-paced training curricula, along with computer-based learning activities and website creation. Pauline has enjoyed writing since she was in high school, and has decided to start sharing her stories. Ashes Ashes the Twins Fall Down is her debut book.

I like many others have clear memories about September 11th. Where I was and what I was doing. Oddly enough I don't remember much about what I did that day, but I clearly recall the images I saw on television and the emotions they engendered. In this book, the author recalls her own thoughts and feelings about that day and the events that followed.  A lot of what she shares I also remember thinking and feeling, but she does share some things that she learned that I was not aware of. Such as what happened to those trying to return to the U.S. during the week following the attacks when the FAA closed all airports to all air traffic.

I was also fascinated to read about the author's research into Bin Laden and the Patriot Act. A lot of it I already knew, but it was nice to read a summary of these things.  I agree with her that the Patriot Act may have been passed too quickly, before people had a chance to really think about how to respond to the terrorist acts. In fact, Hawkins points out that terrorism is defined as violence designed to gain the perpetrator something he/she wants, and yet the hijackers never demanded anything, they just murdered thousands of people. It makes me wonder what they actually hoped to accomplish, something we will never know.

I appreciated how Hawkins explains in a straight-forward manner some of the long-lasting effects of 9/11, things that are still with us. Changes that have occurred in both government bureaucracy as well as economically and security-wise.  Traveling by air is only one of the more obvious examples.

The only problem I found with the book was in the section about Bin Laden, she refers to him as still being free, which of course, he no longer is. That's the problem with books like this, life goes on while the book goes through the publishing process. Outside of that one issue, the book provides a thoughtful look at an event that has left a permanent mark on the world.