COUNT DOWN TO LOVE
by Julie N. Ford
Bonneville Books, 2011
ISBN: 978-1-59955-516-4
Adult Fiction
Copy received from author as part of blog tour.
No other compensation was received.
All opinions expressed are solely my own.


Abandoned at the altar, Kelly Grace Pickens finds herself left holding not only the bouquet but also the exorbitant bill for an A-list wedding. Homeless, a once promising singing career floundering, and her life bearing an uncanny resemblance to one of her country music ballads, she reluctantly accepts a last minute offer to appear on a reality TV show akin to the bachelor. Pitted against silicon-enhanced supermodels in four-inch heels, Kelly feels confident that she will be among the first would-be fiancés to be excused. Only, when the mysterious bachelor from New York City, Dillon Black, invites her to stay, Kelly finds herself thrust into the vortex of a game she doesn’t have the first idea how to play. Nursing her hopelessly broken heart while avoiding the foils of her fellow contestants, Kelly is oblivious to Dillon’s affections as she wades through hurt and betrayal to discover, in the end, that she has landed firmly on both feet.

Julie has a Bachelor of Arts degree in Political Science and a minor in English Literature from San Diego State University. In addition, she earned a Masters in Social Work from the University of Alabama. She has worked in teaching, childbirth education and family therapy. Besides writing, she spends many hours working along side her husband at their UPS Store franchise, but hopes to re-enter the Social Work field someday.
She is the author of three women’s fiction novels, The Woman He Married (March 2011) and No Holly for Christmas (November 2011), published by Whiskey Creek Press. The third, Count Down to Love (July 2011), published by Bonneville Books.
Currently, she lives in Nashville, TN with her husband, two daughters and one very feisty fish.

GUEST POST: Goin’ Country with Count Down to Love

About a year after moving to Nashville I awoke from a dream one morning with an idea for a novel. The story would be about a washed up country star named Kelly Grace Pickens who is ditched at the alter and ends up on a reality TV show akin to the Bachelor. And to sweeten the plot, I’d have her writing a song that develops as the story unfolds.


The only problem: how can a person who doesn’t even listen to country music write about a country singer, much less come up with the lyrics to a country song?
She can’t, that’s how.
You see I was raised on rock-n-roll—Tom Petty, Elvis Costello, The Cure . . . a true music lover, always believing that nothing spoke volumes to the soul like a well-written song. However, for the sake of my story I would abandon my rock-n-roll roots and turn my car stereo to one of Nashville’s many country stations. Okay so now I was listening to songs about drinking, hooking up, eight-second rides and big green tractors. And I might be reading too much into his song, but is Jason Aldean singing about an actual piece of farm equipment or is his “tractor” really a metaphor for something else? I’m just sayin’ is all.
Needless to say, it wasn’t too long before I was reminded of my teenaged years and how grownups often warned us kids not to listen to rock music because the lyrics would undoubtedly lead us straight to hell. And wondering how country music had managed to fly under the moral radar all those years?
But as I continued my research into the genre of country music, I soon found that most of the songs were about love, family, and forgiveness—downright heart trending material.
Try as I might, after a month or so of paying close attention to the themes and structure of the songs, the fact still remained—I was just not a music writer. A simple solution to my dilemma would have been to change Kelly’s character but I seem to have an inexplicable aversion to taking the easy road. So in order to create something resembling a country ballad, I turned to a couple of singer/song writer friends, Brad Hull from the country band, Due West, and Aaron McBride.
A few weeks later I was sitting in my living room across from two scruffy boot wearing, guitar-toting men, and as long as I kept the kettle corn and jellybeans coming, they were happy to just hang out bouncing tunes and lyrics off each other. Watching them work, and the way the music flowed naturally from their minds to their fingertips, was truly magical. It was kind of how narration and dialogue sometimes flow effortlessly through me as if being sent from a special place I have yet to discover—like my own little miracle. Only with these guys, the process looked way cooler. And when they allowed me to write a line or two, the whole experience got even better.
Of all the works I’ve had a hand in creating, I think I’m most proud of the song, Who I Am. This experience was likely my first, and last, delve into writing lyrics, but I will carry the memory, and the knowledge that I helped create a real-live song, with me for the rest of my life.
To hear Who I Am you can go to my web site: JulieNFord.com.
REVIEW
I've always been a sucker for a sweet romance, but I've never been a big fan of supposed reality shows that claim to help a man or woman find 'love.' These shows seem anything but real to me.  So I was a bit wary going in about how much I would like this, but Kelly sounded like an appealing character so I gave it a try, and I'm glad I did. 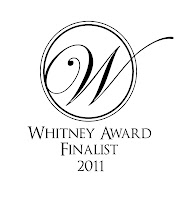 There are characters in this book who definitely made me roll my eyes and wonder how anyone could be happy living such empty, image-focused lives but there were other characters that I couldn't help but like.  I really liked Kelly and admired her efforts to find herself amid the ruins of all her plans. Trevor, her fiance and a big jerk, who abandoned her at the alter does unfortunately make an appearance later in the book, in what turns out to be a very emotionally powerful scene. Dillon, the 'bachelor' up for 'grabs' is a fascinating character. One almost expects him to be a shallow, self-centered person, but he really isn't.  He is of course gorgeous, but that is not what stood out for me while reading this book. Clearly he is looking for something beyond his business and money but he can't seem to find it. Maybe that is why he seems to see Kelly for who she really is.  I think that is what I liked best about their romance (although there are some great kissing scenes as well), is that they helped each other find themselves and see that there is much more to life than fame and money.
There were some great secondary characters as well. Lexi, a fellow contestant, a bright red-headed gal from Texas, who seemed very comfortable in her own skin. Sissy, Kelly's cousin, a producer on the show, who encourages Kelly to look beyond Trevor and see the possibilities (although there is one scene in which I got very mad at her).
I appreciated that the story was clean, the most that goes on is some intense kissing. There is some mention of belief in and prayer to God, but it is not preachy in any way. I recommend this book to those who enjoy a good romance with some depth to it, where the relationship develops rather in spite of the so-called reality show. I'm not any more a fan of reality shows than I was before, but I am a fan of Dillon and Kelly. And I enjoyed the song that was written to go with this story, so be sure to check it out.

As part of the tour, Julie is generously offering a grand prize giveaway of a hard copy of Count Down to Love, a CD of the band Due West, and a copy of the single, “Who I Am”, which Julie and Due West wrote and recorded specifically for the book. All you have to do to enter is leave a comment on this post or any of the other stops on the tour. (Visit the tour page for the full tour schedule.) The more stops you comment on, the more entries you have into the contest!