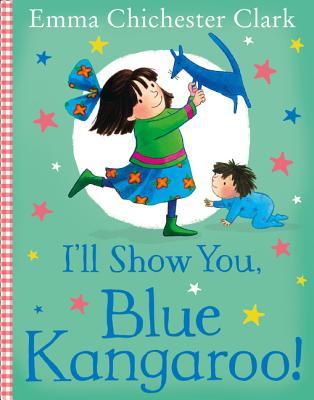 Lily and Blue Kangaroo are inseparable. Whatever Lily does, Blue Kangaroo is there to see. But sometimes he wishes he wasn't, because Lily has started to show off. Will she ever learn to do as she is told?

I'll admit that I didn't love this book.  The characters are cute enough, especially the blue kangaroo.  But Lily's behavior is out of control.  As a teacher librarian I was shocked at the dangerous activities that her family let her get away with, at least at first.  She's showing off for her toy kangaroo, and of course, young children don't usually think about how risky things can be, so the behavior isn't too unusual.  And Lily's actions do eventually have consequences (she loses Blue Kangaroo and her mother won't let her have him back until she adjusts her behavior).  Although I've worked with children long enough to know that behavior like Lily's isn't likely to change as completely as it does here no matter what the incentive is.  The story and illustrations are cute, but I was not a big fan of the story. 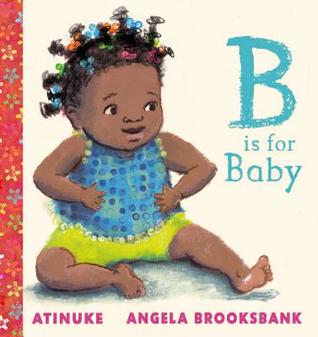 Atinuke and Angela Brooksbank, creators of the award-winning Baby Goes to Market, pair up again for a bright and beautiful first book of words.

One morning after breakfast, Baby's big brother is getting ready to take the basket of bananas all the way to Baba's bungalow in the next village. He'll have to go along the bumpy road, past the baobab trees, birds, and butterflies, and all the way over the bridge. But what he doesn't realize is that his very cute, very curious baby sibling has stowed away on his bicycle. Little ones learning about language will love sounding out the words in this playful, vibrantly illustrated story set in West Africa.

This adorable book is told entirely through B words such as baby, bananas, baboon, bicycle, and Baba.  It's quite a clever concept that is beautifully executed.  I've long been a fan of Atinuke and her stories of West Africa.  This one is just as good as all the others.  Not only are the illustrations adorable with the baby hidden in the basket of bananas but the use of only b-words to tell the story works surprisingly well.  The gorgeous two page spreads beautifully complement the simple word sentences and tell a large part of the story as Baby and her brother travel to Baba's house.
2019 books 2019 favorites Favorite author picture books