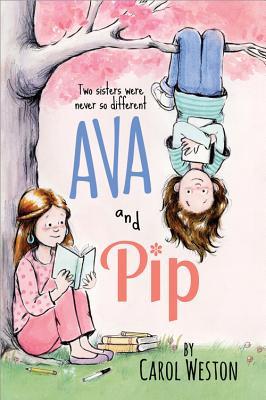 An endearing tween story about friendship, family, identity, and inspiration

Outgoing Ava loves her older sister, Pip, but can't understand why Pip is so reserved and never seems to make friends with others. When Ava uses her writing talents to help her sister overcome her shyness, both girls learn the impact their words and stories can have on the world around them.

Carol's new novel for kids is AVA AND PIP (Jabberwocky, Mar 14). She's been "Dear Carol" at Girls' Life for 20 years. Her first book, GIRLTALK (HarperCollins) was translated into 12 languages. A Phi Beta Kappa Yale grad with an M.A. from Middlebury, Carol has been a guest on Today and The View and at scores of schools. The author of The Diary of Melanie Martin series (Knopf), her fan page is: www.facebook.com/writercarolweston. She posts fun helpful videos at www.youtube.com/girltalkwithcarol. She and her husband, playwright Rob Ackerman, live in NYC, and have two daughters and a cat. Her next book? AVA AND TACO CAT! 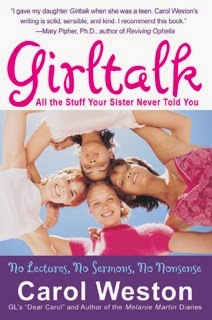 Tell us about your writing journey....

When I was a little kid, I kept diaries. I wrote about trips to the grocery store and school lunches and lost jewelry and bowling and playing with friends and trips to the grocery store and even Winston Churchill's death. I was eight at the time and my eloquent words were: "Chirchill died! Wa! Wa!" At bedtime, while other kids were picking up books, I was picking up a pencil and scribbling.

Ava and Pip is my thirteenth book but when someone asks, "When did you decide to become a writer?" the real answer is: I was always a writer. I just had to work at the craft and learn how to become the kind of writer who could share her words with others. I came from a family where writing was valued and talked about.

In college, I was a French and Spanish Comp Lit major. I also wrote for Seventeen Magazine, and at some point I knew deep down that I wanted to write a book.

But about what? What did I know? Hmmm.... how about growing up female? I wrote GIRLTALK: All the Stuff Your Sister Never Told You in the voice of a big sister who suddenly realizes she has a lot to tell her little sister. It caught on and was translated into a dozen languages! So I kept writing advice for girls and in 1994 became the advice columnist at Girls' Life. I've been "Dear Carol" for twenty years!

Uh-oh, now I was pushing forty, and I still hadn't really tried my hand at fiction. It was time to give myself some advice. I'd set out to write novels, not self-help books, and if I really wanted to write a novel, I'd better get serious!

The Diary of Melanie Martin (Knopf 2000) was my first novel for kids and became a four-book series about a ten-year-old named Melanie and her brother Matt the Brat and their travel adventures.

I enjoyed traveling with Melanie Martin, and I'm thrilled that Ava Wren is my new character. Ava and Pip comes out on March 4, 2014, and Ava is a little like I was at age ten. She's a bit of a tomboy and always has a diary with her. In the first book, not only does Ava have to right a terrible mistake she made and also contend with her painfully shy sister, but she also comes to realize that she has a dream: She wants to write books for kids. 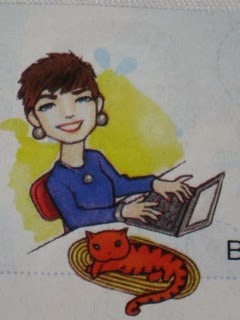 Ava and Pip has all the elements of a middle grade book that I particularly love. The characters are sympathetic and easy to relate to, the plot feels real with the word play blended in quite well, and a story of friendship and sisterhood that deserves to be considered. I really enjoyed reading this book, I found Ava, an enjoyable narrator, even though I could more easily relate to her sister, Pip, the one who struggles to make friends and even talk at school. Yep, that was me. But I was also lucky in that I had three sisters at home who were friends (most of the time) and who I still consider my best friends.  I love the fact that despite how left out Ava feels with all the attention her parents give to Pip that she still wants to help her sister.  And yet her hasty actions create new problems that she struggles to deal with, feeling like her parents won't listen to her so why try to tell them.  But like many kids she finds writing in her diary a solace and a way to deal with the variety of emotions she faces. A fun new book great for readers who enjoy stories of family, friendship, and facing one's own mistakes.