CYBILS REVIEW: The Wig in the Window by Kristen Kittscher 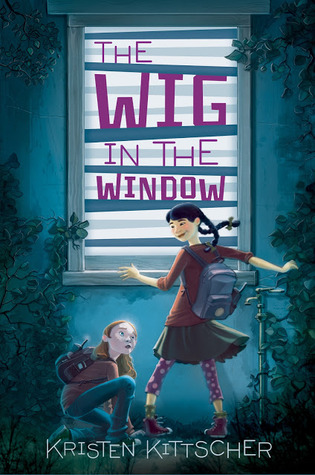 THE WIG IN THE WINDOW
by Kristen Kittscher
HarperCollins Children's Books, 2013
ISBN: 978-0-06-211050-3
Middle Grade Contemporary Mystery
Grades 4-8
Reviewed from purchased copy.
All opinions expressed are solely my own.

Best friends and seventh graders Sophie Young and Grace Yang have made a game out of spying on their neighbors. On one of their midnight stakeouts, they witness a terrifying, bloody scene at the home of their bizarre middle-school counselor, Dr. Charlotte Agford (aka Dr. Awkward).

At least, they think they do. The truth is that Dr. Agford was only making her famous pickled beets! But when Dr. Agford begins acting even weirder than usual, Sophie and Grace become convinced that she’s hiding something—and they’re determined to find out what it is.

Soon the girls are breaking secret codes, being followed by a strange blue car, and tailing strangers with unibrows and Texas accents. But as their investigation heats up, Sophie and Grace start to crack under the pressure. They might solve their case, but will their friendship survive?

Sophie Young and Grace Yang are quite different. Sophie is short, blond and freckled and cares nothing about fashion but loves Chinese culture.  Grace is tall, slender, of Chinese ancestry and is obsessed with fashion as well as becoming an FBI agent. When Grace convinces Sophie to spy on their neighbor, Charlotte Agford, who also happens to be Sophie's school counselor, neither expects to find much.  But after getting caught and being forced to spend time with the good doctor, Sophie becomes convinced that something isn't right.

But what can two twelve-year-old girls do, especially when it seems the real FBI can't or aren't doing anything? And is Dr. Agford really hiding what they think she is hiding or is it something much less incriminating? And above all, will their friendship survive all the tension and sneaking around? Especially when Sophie makes a new friend at school.

Strengths: I appreciated how different Grace and Sophie are and yet how they balance each other out.  The mystery has some entertaining twists and turns to it and the climax is definitely exciting.  It's nice to read a stand-alone mystery that's different than the typical formulaic fare so common today. I also liked how the girls used real research to look for answers. The girls also had to face the consequences for some of their foolish decisions.

Weaknesses: The story isn't completely believable and the girls do some remarkable dangerous and irresponsible things, I mean sneaking into someone else's house?  While their intentions are good, their choice of means aren't good ones. Kids aren't likely to care about this stuff though and the girls do face consequences for some of their choices, although not all. 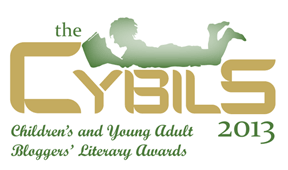